Challenges with relocation and recruitment of expats

We empower people through open courses.

Many valuable and competent, international employees are met with cultural incompetence when they have a job interview in a Danish company. Too many corporate HR professionals and head hunters want to do their best, but their lack of intercultural competence makes them so culturally clumsy that the wrong reasons either reject or scare good employees away already at the first meeting.

In order not to commit these errors, it is necessary to possess intercultural skills. This means that you can interpret and understand why people from another culture and another country act the way they do or have the capacity to know what in their own culture or cultural behavior can be perceived as positive or negative with another persons eyes. The vast majority of Danish headhunters and HR professionals are not sufficiently competent. They are neither aware of the signals they send nor that they themselves interpret the candidates from a narrow, Danish understanding.

Intercultural competences stand on two legs. The first leg is to understand the immediate, sensuous expression such as body language and eye contact, as they are intended. Here Danes can be like elephants in a cultural glass shop.

I have experienced that a Danish male HR employee who had an interview with an African woman, experienced her as being very flirtatious. However, in Central Africa it is quite normal to come very close to the person you greet in order to show that you are welcoming and friendly. Because of the Danish perspective, the interpretation was completely skewed and the rest of the conversation was continued on a false premise and, therefore, with flushed cheeks.

An understanding of the sensual expression, such as body language or odor, is only one of the legs you need to stand on in order to hold solid, intercultural competencies. The second leg is to know the context. The history, the culture and the country that the new employees bring along determine their standards, reflect their behavior, and create taboos and among other things. Many Danish HR professionals have involuntarily offended international employees at job interviews by not being aware of their own lack of skills.

Allow me to give you another example of the many cultural HR missteps. A Chinese international controller was interviewed in a big, Danish company. By nature, she is both cooperative and is a positive type of person who sees opportunities rather than problems. Based on the company’s personality test she appeared as a dominant and unapproachable person. In typical Danish manner the HR professional asked her afterwards if she agreed with this conclusion about herself. By then the Danish staff had completely misunderstood how to act in the situation. Twice.

Firstly, the HR professional analyzed her response on her own personality after a Danish scale. Therefore, they achieved a completely different understanding of her than if they had been competent to understand her response based on the premise that she is Chinese. Secondly, they invited her to discuss her own personality with a stranger, what a Chinese never would feel comfortable doing. Especially she would not want to do that with a person who is an authority and representative for the company that she would like to work for. The HR department thus managed to see past the qualities she could offer, while giving her the impression that it is a prying business.

One of the most glaring examples I can remember resulted in a Mexican man coming up to me after an interview with a Danish HR department, saying a bit frightened, “It was one of the most uncomfortable experiences of my life. It felt like they wanted to kill me.” It turned out that the HR department neither understood to stand on one nor the other leg that carry the intercultural competencies.

In Denmark it’s a sign of confidence and attention to maintain eye contact for a long time, and is thus a good sign during a job interview. Therefore, the HR professionals got a bad impression of the otherwise well educated and friendly Mexican who flickered and only sporadically looked into the eyes. The reaction from the HR professionals was to insist on and continually seek eye contact. Their perception had been different if they had known that the Mexican was intimidated by this – for him – very aggressive attitude. The HR professionals did not know the candidate’s country and history and interpreted, therefore, the body language in a typical Danish context. Because of that lack of competence they couldn’t see his professional qualities. 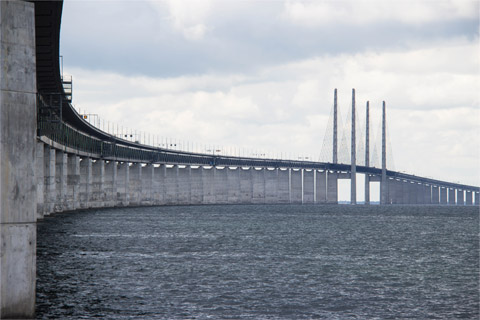 Among Danish HR staff there is little awareness that they give an unintended impression that “you have to adapt to us”, since they unconsciously treat international employees as people who have the same cultural background as a Dane – basically from the good intention, that “if I treat other people like I want to be treated – it can only be good” not realizing that “good treatment” is highly culturally defined and “good treatment” for a Dane can be seen as aggressive, insulting, harassing or rude behavior in the worst sense.

It must be learned – now!

One can’t point fingers at the HR and headhunting staff for not possessing the necessary intercultural competences, for they are just like most of us Danes. We are characterized as being a small, highly monocultural, generally protestant country with great economic equality. In addition, the Danes have always been highly coveted employees with long educations, which are highly valued abroad. Reality is, however, now that it is the Danish companies that have to look all over the world for the best employees and it hits us very hard that we are really not good at understanding people from other cultures.

Having been relocated or having a job with many trips abroad does not in itself give intercultural competences. An engineer or marketing consultant e.g. could easily travel the world without having developed an awareness of what to be mindful of when you meet someone from another culture. It is necessary to learn intercultural skills through courses or by standing in the negotiation situations where cultural differences really come into play. The latter is the hardest, as you have to learn from your own mistakes.

We will lose without intercultural competences

Many valuable international employees have said no to Denmark and yes to our neighbors where they feel that they understand them better. Others are passed over because the HR department did not understand or misinterpreted the cultural differences. Denmark loses bright minds, and it shows in the lack of opportunities in the international market, the competitive advantage and revenue. In addition, companies will be perceived as incompetent and harm their brand and image on the international scene.

The job interview is a key issue, since it can serve your company from getting the right and best employees. The lack of intercultural competences in the HR department is not limited to this section of a corporation, but can be seen in the Danish society in general. The consequences are less turnover, losses on export sales, low efficiency, less innovation and that the company does not get the strong international network via employees, since one only recommends a company if you feel like a genuine part of the company and is proud to be there.